Home › Ubuntu › Getting Started with GNOME Shell & Fallback in Ubuntu 11.10

Getting Started with GNOME Shell & Fallback in Ubuntu 11.10 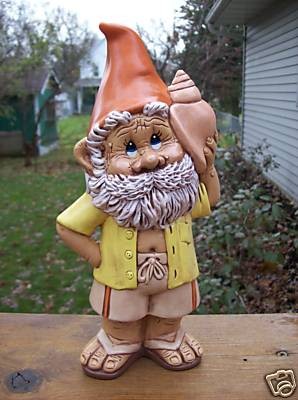 Whether Ubuntu users are fans of Unity or not, I expect many are interested in at least looking at what GNOME Shell is. This wasn’t easily possible in Ubuntu 11.04. (As explained elsewhere, converting Unity–including rewriting it as a Compiz plugin–and migrating to GNOME 3 was too much for one cycle. And arguably, it wasn’t certain if GNOME 3 would be ready in time or not.) But in Ubuntu 11.10, all it takes to try it out is to simply install gnome-shell. Log out and choose GNOME from the gear next to your name as you login.

You’ll also likely want to install gnome-tweak-tool since Ambiance doesn’t fully support GNOME Shell yet and will look out-of-place with orange-striped titlebars. Once in gnome-tweak-tool (it shows up in the application launchers as Advanced Settings), go to the theme panel and set Window theme to Adwaita. If you are already running GNOME Shell, you’ll need to reload either by logging in and out or via a shortcut by pressing Alt+F2 and entering the letter r. It’s probably a bug that you can’t change the window theme live but since Adwaita is Sanskrit for “one and only”, perhaps the GNOME developers aren’t too worried about that. (Just kidding.)

There simply isn’t space here to explain the new interface for GNOME Shell so if you want to learn more, I recommend you look at:

Some may also be interested in continuing to run gnome-panel, which is the basic component of GNOME Fallback. All you need for that is to install gnome-panel. Choose GNOME Classic for a Compiz version or GNOME Classic (No Effects) for the plain Metacity version. (By the way, Unity uses Compiz and Unity 2D uses Metacity but they look quite a bit different.)

While about 20 panel applets are included, if you use third-party panel applets you’ll likely find that these haven’t been ported to gnome-panel 3 yet. Notably absent also are the indicators which may still be ported before Ubuntu 11.10’s release but this hasn’t been completed yet. Note that even after the indicators are converted, they likely won’t be turned on by default as the Ubuntu Desktop developers prefer to keep gnome-panel mostly “vanilla” because maintaining a bunch of patches is a pain. There’s a theory that gnome-panel users may prefer the plain GNOME look instead of the Ubuntu feel.

You probably also want to know that editing the different parts of the panel now requires holding down the Alt key. Once again, Ambiance doesn’t display quite right with gnome-panel but this time it’s the GTK+ theme that you’ll want to switch to Adwaita with gnome-tweak-tool.

I believe the vast majority of GNOME developers do not use GNOME Fallback and I recommend you begin looking at switching to an alternate desktop environment. It’s still supported but it won’t be forever.

Ubuntu 11.10 is still in beta with a fair amount of bugs and is not recommended if you don’t know how to fix your system when things break. Because GNOME Shell wasn’t fully supported in Ubuntu 11.04 (despite the existence of the Ubuntu Desktop-sponsored PPA. Thanks ricotz for keeping it updated!), Shell users should consider upgrading. GNOME Panel users on the other hand will definitely get a worse experience, at least until the indicators are converted. And Unity users should only upgrade if you don’t mind running beta software and know how to fix things when they go wrong. Anyway, Ubuntu 11.10 will be officially released in a bit over 1 month!

8 comments on “Getting Started with GNOME Shell & Fallback in Ubuntu 11.10”