Today, I released the first development snapshot (3.25.2) of what will be GNOME Tweak Tool 3.26. Many of the panels have received UI updates. Here are a few highlights.

Before this version, Tweak Tool didn’t report its own version number on its About dialog! Also, as far as I know, there was no visible place in the default GNOME install for you to see what version of GTK+ is on your system. Especially now that GNOME and GTK+ releases don’t share the same version numbers any more, I thought it was useful information to be in a tweak app. 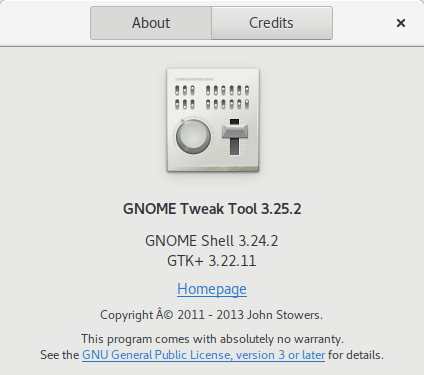 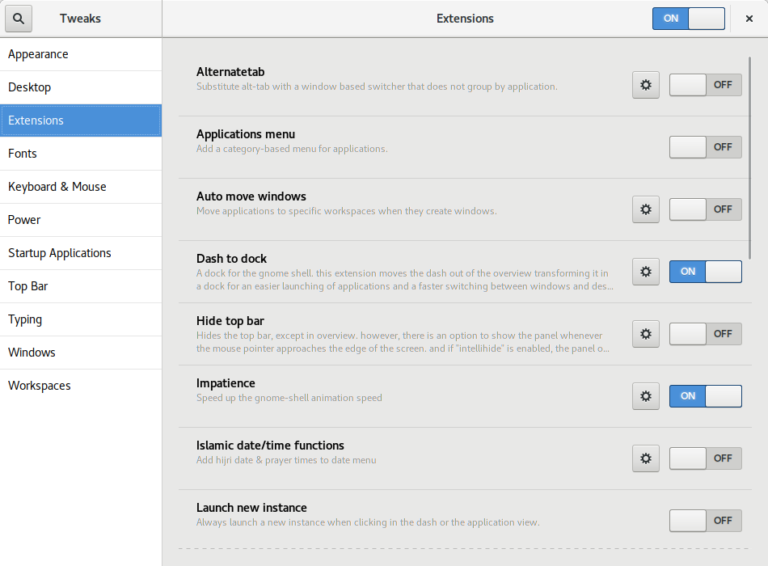 Rui Matos added a new Disable While Typing tweak to the Touchpad section. 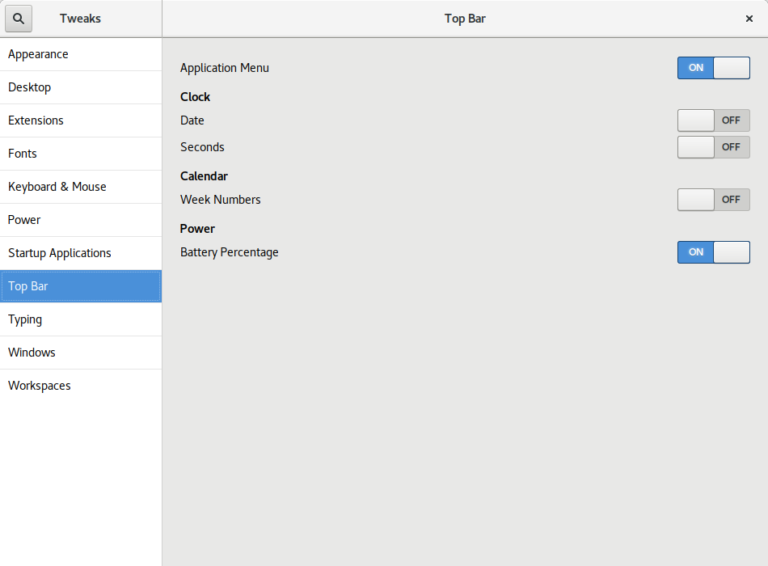 I added a Left/Right Placement tweak for the window buttons (minimize, maximize, close) . This screenshot shows a minimize and close button on the left. 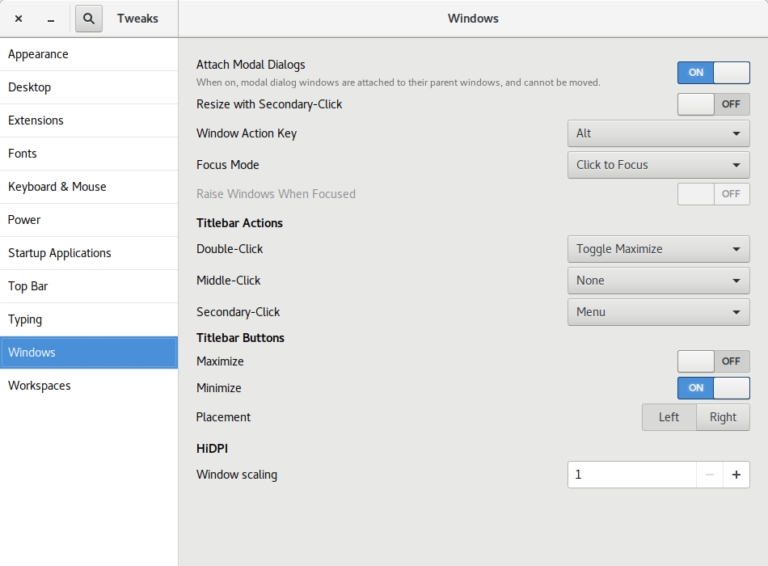 I think it’s well known that Ubuntu’s window buttons have been on the left for years but GNOME has kept the window buttons on the right. In fact, the GNOME 3 default is a single close button (see the other screenshots). For Unity (Ubuntu’s default UI from 2011 until this year), it made sense for the buttons to be on the left because of how Unity’s menu bar worked (the right side was used by the “indicator” system status menus).

I don’t believe the Ubuntu Desktop team has decided yet which side the window buttons will be on or which buttons there will be. I’m ok with either side but I think I have a slight preference towards putting them on the right like Windows does. One reason I’m not too worried about the Ubuntu default is that it’s now very easy to switch them to the other side!

If Ubuntu includes a dock like the excellent Dash to Dock in the default install, I think it makes sense for Ubuntu to add a minimize button by default. My admittedly unusual opinion is that there’s no need for a maximize button.

Other Changes and Info