GNOME 3.28 has reached its 3.27.90 milestone. This milestone is important because it means that GNOME is now at API Freeze, Feature Freeze, and UI Freeze. From this point on, GNOME shouldn’t change much, but that’s good because it allows for distros, translators, and documentation writers to prepare for the 3.28 release. It also gives time to ensure that new feature are working correctly and as many important bugs as possible are fixed. GNOME 3.28 will be released in approximately one month.

If you haven’t read my last 3.28 post, please read it now. So what else has changed in Tweaks this release cycle?

As has been widely discussed, Nautilus itself will no longer manage desktop icons in GNOME 3.28. The intention is for this to be handled in a GNOME Shell extension. Therefore, I had to drop the desktop-related tweaks from GNOME Tweaks since the old methods don’t work.

If your Linux distro will be keeping Nautilus 3.26 a bit longer (like Ubuntu), it’s pretty easy for distro maintainers to re-enable the desktop panel so you’ll still get all the other 3.28 features without losing the convenient desktop tweaks.

As part of this change, the Background tweaks have been moved from the Desktop panel to the Appearance panel.

Historically, laptop touchpads had two or three physical hardware buttons just like mice. Nowadays, it’s common for touchpads to have no buttons. At least on Windows, the historical convention was a click in the bottom left would be treated as a left mouse button click, and a click in the bottom right would be treated as a right mouse button click.

Macs are a bit different in handling right click (or secondary click as it’s also called). To get a right-click on a Mac, just click with two fingers simultaneously. You don’t have to worry about whether you are clicking in the bottom right of the touchpad so things should work a bit better when you get used to it. Therefore, this is even used now in some Windows computers.

In GNOME 3.28, the default is now the Mac style for everyone. For the past few years, you could change the default behavior in the GNOME Tweaks app, but I’ve redesigned the section now to make it easier to use and understand. I assume there will be some people who prefer the old behavior so we want to make it easy for them! 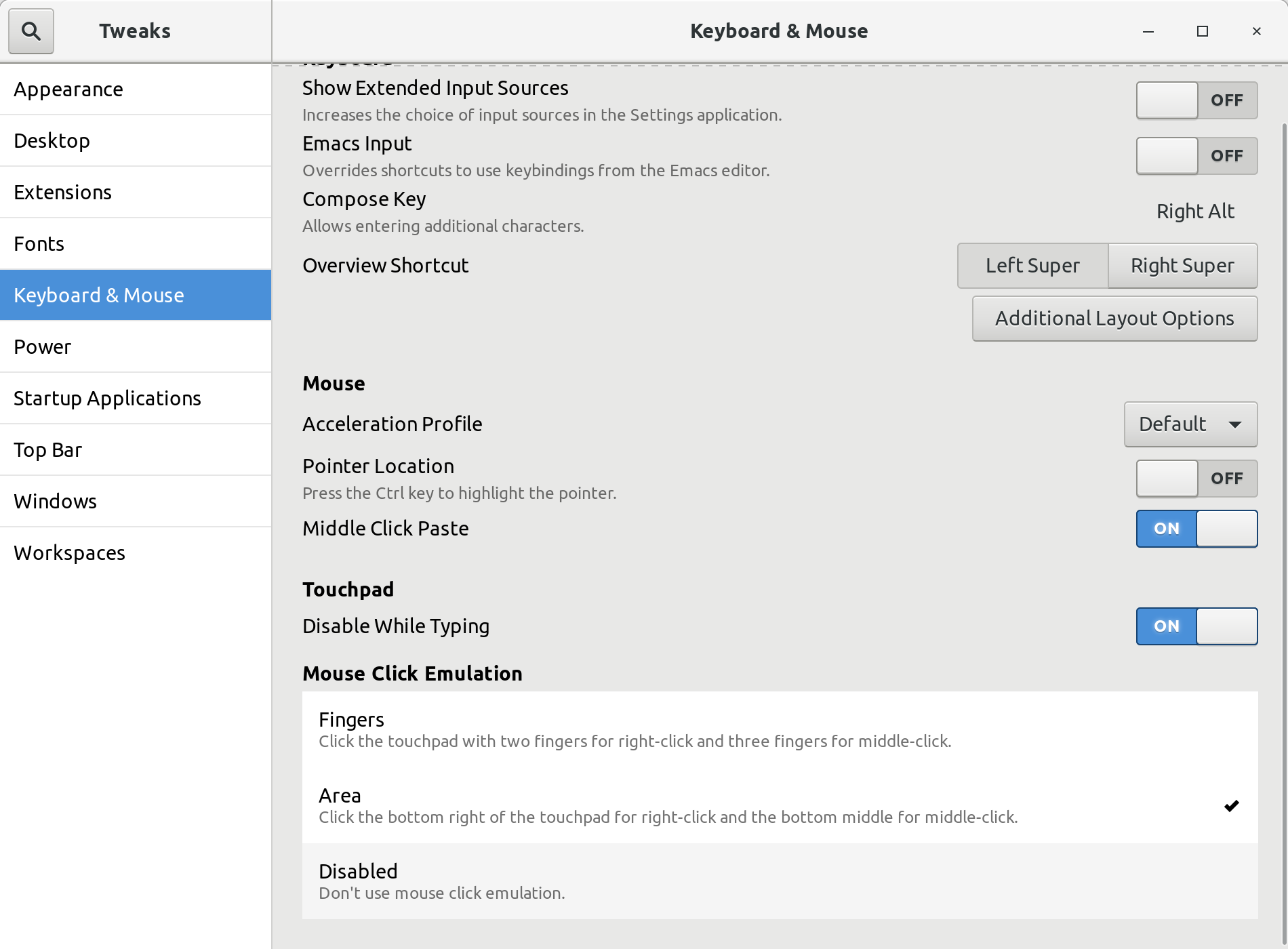 For more screenshots (before and after), see the GitLab issue.

There is one more feature pending for Tweaks 3.28, but it’s incomplete so I’m not going to discuss it here yet. I’ll be sure to link to a blog post about it when it’s ready though.

For more details about what’s changed, see the NEWS file or the commit log.